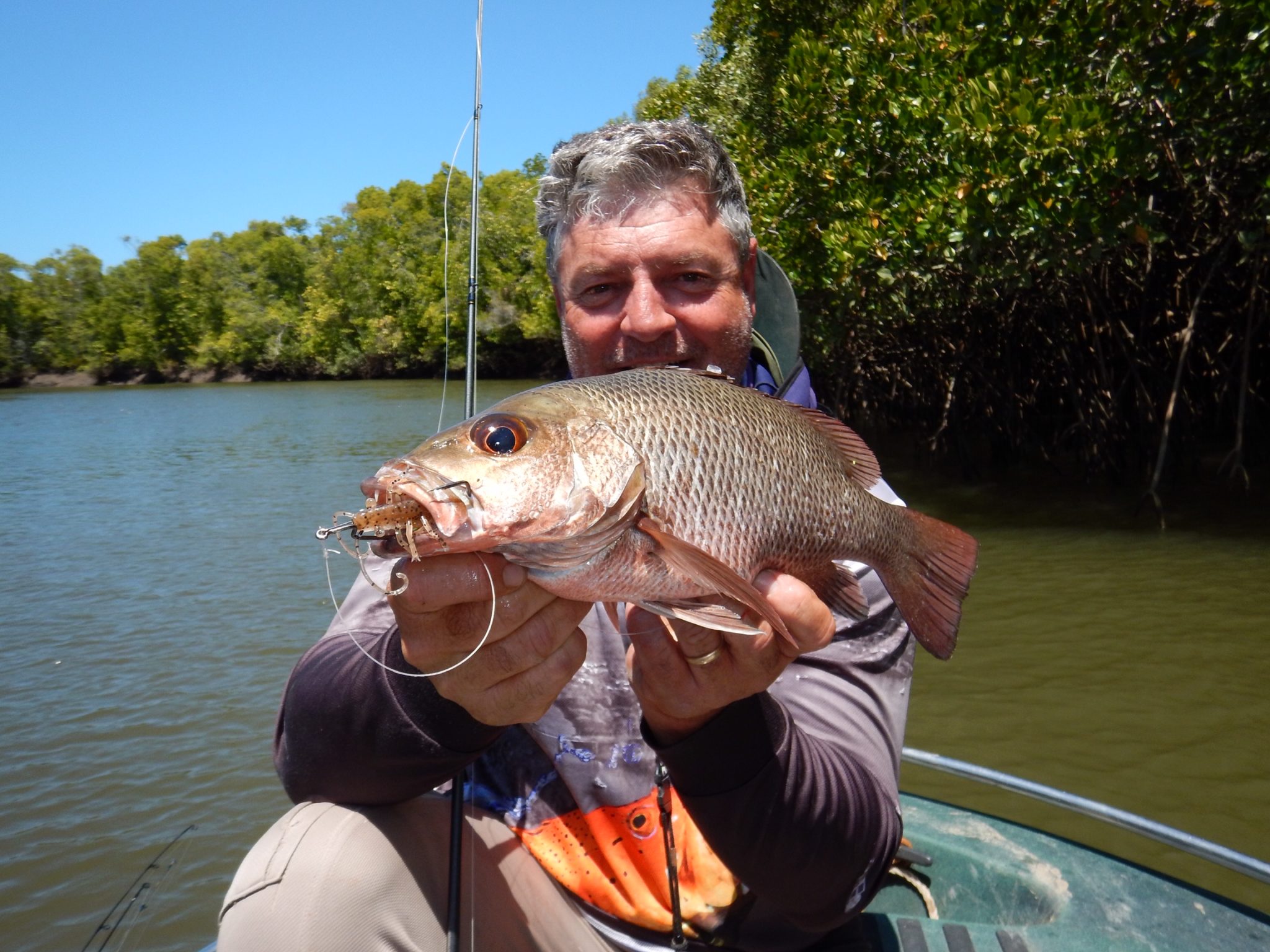 With the reef fish closure kicking in last Saturday morning and finishing on Wednesday, plenty of bigger boats made their way into the rivers this weekend in search of a Barra, so I hope all went well for those who venture into the rivers. Plenty of bigger boats have “Spot Lock” electric motors these days, so are pretty well set up to tackle the rivers anyway when weather events or closures rule the reef off limits.
As we stood up to cast the first lures of the morning the suns bite was felt.

Yep, it’s heating up quickly now. A glance at the Sounder and it was sitting at just over 26 degrees, So expectations were high. The Barra were there, but there was no decent sized fish amongst them. Plenty of rats
kept us entertained though, but to be honest we’re more looking for the Jacks that frequent the same water. I had a new lure on to trial for the shop and will be in stock within the next week or so, an it proved to be very well received. Theres no doubt that the number one lure for the colder months are the smaller Prawn imitations, but with temps on the rise, the bigger lures will no doubt
be better for the bigger fish.

Hard bodied divers are very effective in the warmer months and both Jacks and Barra will often sit under the bigger structure such as logs, rock and Mud ledges waiting to smash anything that’ll fist in their mouth. The Halco Hamma is an extremely effective casting tool designed for casting only, with a very strong action at a slow speed retrieve. The 85mm is a favourite for the Creek species, when fish are in full on feed mode, and generally it only takes a meter of retrieve to find out if
there’s anything at home of not, and being a shallow diver almost all strikes are seen by the angler.

With this being the last month to chase a Barra before the close of season, it doesn’t mean that you have to miss out on chasing them in the fresh. If you purchase a Stocked Impoundment Permit, or SIPS, you can chase large mouthed, pink eyed leaping Perch all year round, and with plenty of these fish being over the meter mark, it is a very exciting place to get your arms stretched.

Effective lures for the big mother’s in the fresh are bigger soft plastics such as the 7” Halco Paddle Prawns rigged weedless, and hard bodies divers like the 105 Halco Hamma, Laser Pro 120 in the two hooked model, Bills Bug Fizzers etc all work well. If the the bites a bit hard, then try downsizing a little to the Prongs etc. if you need to see any of the rigging, or any help choosing
a lure that gives you the best chance, just call in and see us.

Cheers and good luck from the Fishing Warehouse Team. 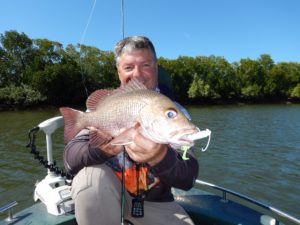 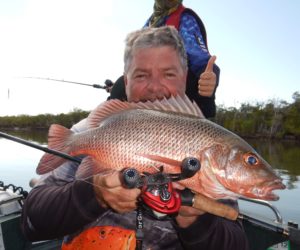